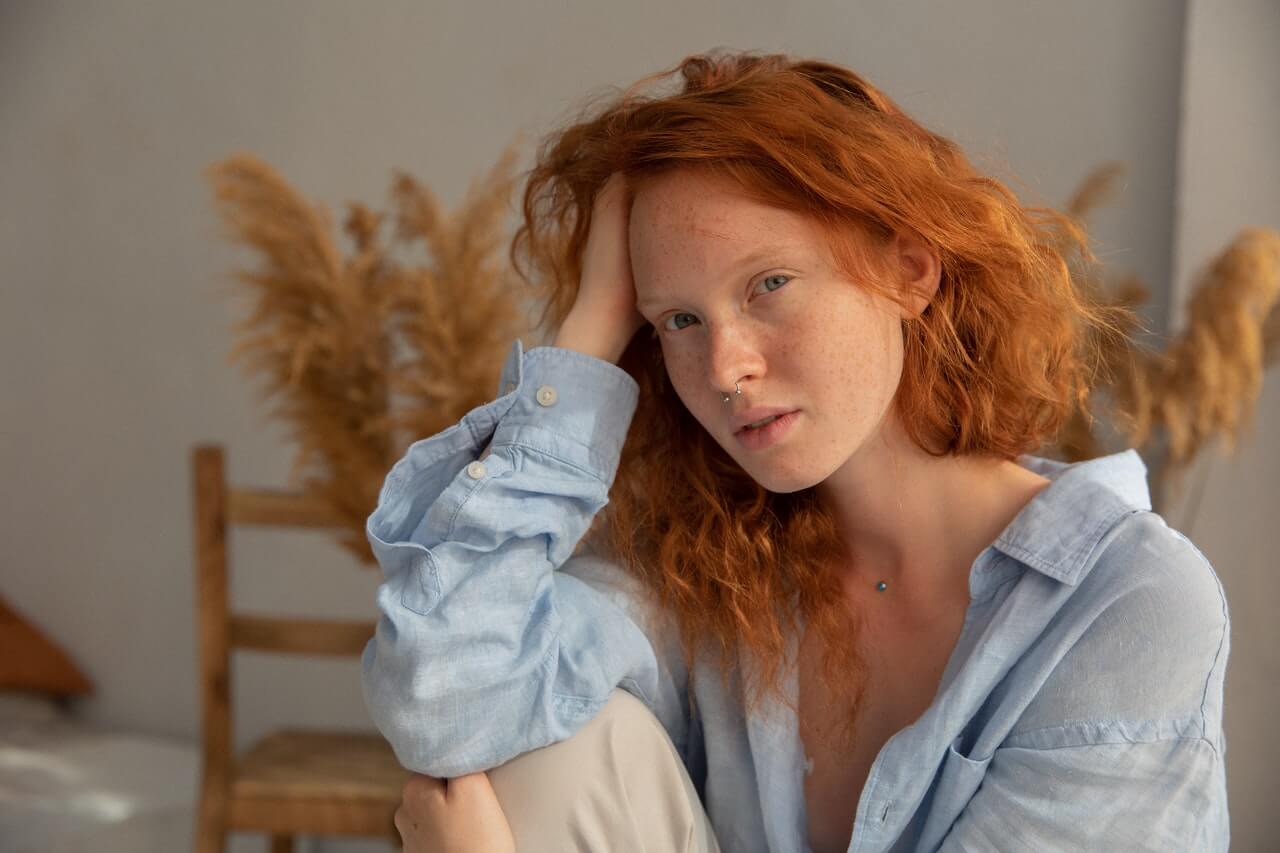 I’m not the only one asking this question. Go to Reddit and you’ll see that a lot of folks are curious about Irish people and their curly hair.

We see it all the time. A group of people may have certain characteristics in common. For some reason, folks in countries like China or Japan have straight hair.

I guess I wonder why a number of Irish people have curly hair.

Do Irish People Have Curly Hair?

Yes and no. While some Irish people have curly hair, it’s not as common as I imagined. There are folks in Ireland with straight hair, so it’s not like curly hair reigns in this country.

This isn’t to say that curly hair doesn’t exist there because it does. The curly hair type that is most common in Ireland is 2C and 3B.

Why Do People Think Irish People Have Curly Hair?

Could you blame people, though? If you’re not from Ireland and read or see stories about it, you’ll come across an image of a person with curly, red hair.

I’m not the only one that’s seen this image and commented on how strange it is that these are the typical images people see for people in Ireland and maybe even Scotland.

Someone pointed out how stereotypical the whole red, curly hair thing is regarding a certain Pixar movie out there.

The whole image is wrong. Sure, there are people from Ireland with red and curly hair, but it’s not every person there.

While there’s some truth to some of these ideas, like the fact that red hair is common among 10 to 30 percent of the population, between 90 to 70 percent of Irish folks have different-colored hair.

The media has to get better at representing the Irish people without relying on stereotypes. The next thing to do is to go to Ireland myself to find out, but I don’t think that’s going to happen. Have you seen ticket prices lately?

Still, I hope to do better and not base my opinions solely on what I see on TV or in movies.

Do Irish People Have Curly Hair Because They Have African Ancestors?

This is one of those questions people have in the back of their minds about anyone with a hint of curly hair.

People probably avoid asking it because it sounds so strange. In essence, you are saying curly hair can only come from folks in Africa.

First of all, according to many evolutionary theories, it seems like the entire human race came from Africa, so that sort of answers that question. The problem is that it doesn’t answer the question about hair.

The answer is the trichohyalin gene, which seems to determine if someone in Ireland will have curly hair or not. This gene can be seen throughout different countries in Europe, too, so it’s not exclusive to Irish folks.

If you’re wondering if this gene is directly linked to the African people, the answer is no. The truth is no one knows what type of hair came first. Some say the curls you see in some African countries are the result of evolution.

I’m not denying the fact that cultures existing in Asian continents rarely have curly hair, but that doesn’t mean curly hair must come from Africa. Hair textures, like curls, seem to travel in erratic ways throughout the world; that’s all I’m saying.

A few scientists believe that curly hair protects against extreme heat, which is common in Africa, but that’s just a theory.

No one can trace the way hair developed through our evolutionary history, so all that is still a mystery. People have been using DNA to trace hair back quite a bit, but there’s a limit, which is where the mystery lies.

The mystery exists because no one knows every single gene that contributes to curly hair. When two people get together and one of them has curly hair genes, it’s passed down.

Curly hair is just more dominant, but we don’t know how this happens. Maybe what’s going on in Ireland is that the folks with curly hair are the result of people with these curly genes being in this country. Maybe they just haven’t immigrated much, and we’re seeing the result of that.

Why is There so Many Irish With Curly Hair?

Okay, so while a good chunk of Irish folks has curly hair, it’s not so common. Still, you might think that I’m wrong about that.

You might be thinking “why are there so many famous Irish people with curly hair?”

I’m not questioning your observations. I know you’ve seen a lot of Irish people with curly hair, and I’m here to tell you that I’ve seen these folks, too. There are people like Susan Loughnane who don’t have curly hair, but she’s also a redhead, so she’s perfectly Irish.

She is one actress who fits this look, but there are a lot. Plus, there are several models and other folks. This circles back to the problem with media representation.

Yes, these folks exist in Ireland, but they don’t represent the majority. They represent the look that the rest of the world associates with Ireland.

It’s one of those things that I hope people in the media attempt to correct at some point. I’m not holding my breath though. These issues can’t be fixed overnight.

Can an Irish Person Have an Afro?

Every so often, you’ve seen the image of an Irish person with an afro, just like I have, and you probably wondered how this is possible.

There’s nothing strange about this, and we shouldn’t be so surprised. When I began to dig into this subject, I found myself surprised by all the stuff I found out.

I saw afros in Italy, Greece, and many countries in Latin America.

Curls, even tight curls, happen to pop up everywhere, not just in the places that we can think of. I love seeing natural afros from everywhere. I like to see the different textures and colors that afros come in.

Besides, science has revealed where the Irish people are from. It seems that most of them came from the Middle East though that doesn’t say much about the Irish today.

The country, like many other countries, has welcomed people from various places in the world, and they’ve become just as Irish as anyone else. It wouldn’t be strange to find Irish people of African descent with afros.

All of that should tell you that an Irish person, like anyone else, could have an afro hairstyle.

The only reason it’s a little strange to us, or at least to me, is because I grew up thinking the afro belonged to a smaller group of people. I know better now, and it’s exciting because diversity makes the world much more interesting.

I loved asking this question because it opened my eyes, and I hope it does the same for you now that you know about Irish people and the curly hair question. Sure, asking these sorts of questions means you have to admit that you’re a bit naïve about the world, but that doesn’t matter. It’s better to be humble to admit stuff like this because that’s the only way to learn.